Whether you love to fly or just downright it, everyone has to admit that planes are pretty cool. After all, since humans weren’t really built to fly, the fact that we have been able to construct such massive vehicles that can stay in the air and carry us great distances is pretty remarkable. Today, however, we often take air travel and flight in general for granted. This, despite the fact we’ve only really been doing it consistently for a little over 100 years. Every day we can notice the contrails of commercial aircraft criss-crossing the skies overhead, each plane carrying dozens or hundreds of people and cargo hundreds or thousands of kilometers at a time. At airshows we see a broad range of civilian and military airplanes that amaze us both on the ground and while performing stunts in the air.
Odds are that while at an airshow you saw at least one plane that just looked strange. Maybe it appeared too big to fly Perhaps it looked like it was missing a part or two It turns out there are actually quite a few planes that look so strange it’s hard to believe they actually fly. In fact, if we look back over the last several decades of aviation history we can find numerous examples of planes that look odd. Our first impression when seeing such things is often to write them off as a Photoshop job or elaborate hoax. Not in this case. As you’ll see there are planes that just don’t make sense and look odd – yet actually flew. In fact, some continue to serve to this day. 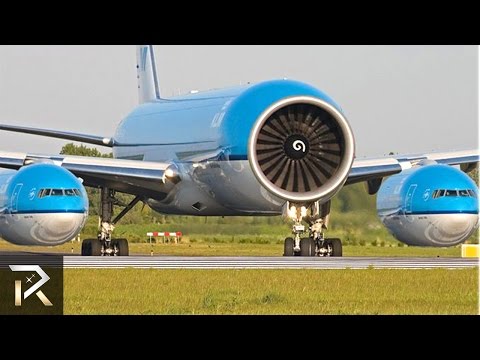