MiG-31 is a dedicated look-down/shoot-down capable interceptor,   vast northern expanses from the threat of submarine and/or bomber-launched cruise missiles coming in from the high arctic.  It is top of its game in the world, in that regard, but NOT a "fighter" in the sense of being an aircraft specifically concerned with wresting air superiority from other fighters (in most scenarios, it would never realistically expect to encounter short-ranged 'fighters' over the vast Russian arctic).  While an impressive aircraft in its time, the F-15C/D/E would not be a realistic contender with the 4.5-gen' and beyond: 4.5-gen' and above would likely render it completely blind with their advantage in embedded EW tech.  Rafale and E2000 I am okay with except that I would have put Rafale over E2000.  Both are multi-roles, with at least as much emphasis on air superiority as other roles, although the Rafale is the stealthier aircraft (the E2000 was not particularly designed for stealth at all whereas the Rafale was designed with the mantra, "as stealthy as possible without compromise to performance").  While the F/A-18C/D were true multi-roles in the sense of having adequate dog fighting capability, the F/A-18E/F sacrificed much of the legacy series' dog fighting performance in favor of greater capacity for air-to-surface ordnance (remember, they were designed to replace not just the F/A-18C/D but, in a single type, the A-6E).  The F-35, likewise, is a strike aircraft 'capable' of air-to-air combat...similar, in turn, to the J-20.  The only real "fighters" on this list, in terms of aircraft with a primary or, at least, "equal" (where multi-role) emphasis on air superiority, are the F-15C/D, E2000, Rafale, Su-35, Su-57, and F-22.  To make up a list of ten, in terms of ten aircraft with primary or at least equal emphasis on air superiority, I'd expand to:  MiG-29 "Fulcrum-C," F-16C/D, F-15C/D <> Su-27 "Flanker-B," E2000, Rafale, Su-35 "Super Flanker," Saab Gripen-E (bizarre omission - arguably top of the lot in EW capability), Su-57, F-22.  That's if you were picking single aircraft for a single pilot.  On a force-wide scale, taking budget into account  Su-57 may well be more practical than the F-22, just as the T-34 was more practical than the Panther. 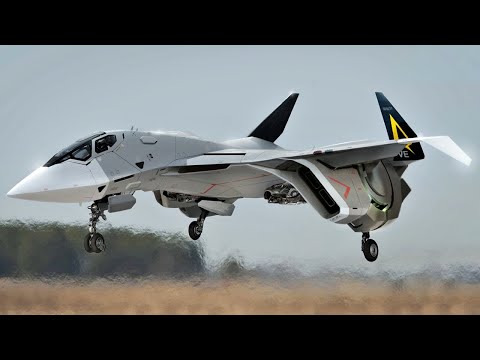