Half Century of Progress 2013 Earthquake plowing

Half Century of Progress 2013 Earthquake plowing

Half Century of Progress show 2013 in Rantoul, IL. The Earthquake tractor was there pulling a 15-bottom plow. Some of the ground was pretty hard and dry, but this area was a little better plowing. The Earthquake tractor is a 750 hp 4WD built by Dave & John Curtis of Rite Manufacturing Co. It is powered by a Detroit Diesel 12V and was built in the 1980s. It was named the Earthquake by its previous owners Doerfler Farms in Oregon when an earthquake shook their farm and they compared it to the way their tractor made the ground quake. It is now owned by the Randall Brothers of Holgate, OH, were gracious enough to share it with all of us at the Half Century of Progress show in Rantoul. 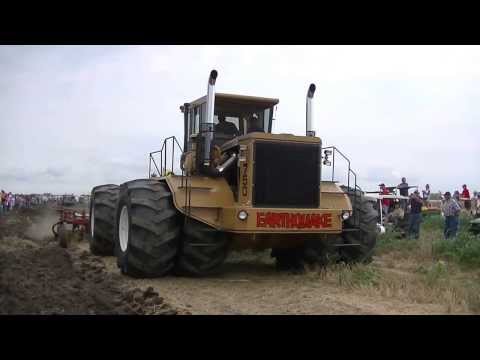 Top 10 Best Portable Generators You Can Buy In 2018

The most powerful tractor MTZ Belarus-5022

Best of Tractors Tug of War

How to plow a garden with cutters

Amazing Machines Operating at Another

Transistors, How do they work ?

13 Incredible Inventions You Want to Have at Home

10 LARGEST TRANSPORT AIRCRAFTS IN THE WORLD