I have always been fascinated by wood carving but my own artistic inclinations went in other directions so I never really much bothered other than a bit on the odd musical instrument here or there. When I first met Peter Boyd he had already been a wood carver for 20 years and is now recognised as being a master craftsman amongst his fellow wood carvers throughout the world.

His most famous work to date is 'The Goddess in the Forest' carved into a live tree which was hit by lightning at Cae mabon in Snowdonia, North Wales, UK. This sculpture is not only remarkable for it's captivating exquisite beauty but also for the story behind it which has profound personal meaning for Pete. The mark of a true artist is that not only that the work he produces is beautiful, but that it has actual meaning on several or even many different levels. Also, there are not many woodcarvers who will attempt the human form as it is so difficult to get right. Many people will create bears and other animals as the thick coats give relatively amorphous forms rather than the delicate bone structure of a person. There is also the high risk that you create a kind of ugly Frankenstein with some or even just one important feature slightly out of place.

Presently, the Goddess is, as the title suggests, is almost a figure of worship for Pete and, striving to rid himself of the shadow that the Goddess holds over him, he is now bravely attempting another sculpture of a similar theme. It is my task to document this adventure. Can Pete produce another world class sculpture, or will it just be ordinary craftsmanship Will the Goddess release the hold that she has on him Will the project be successful It's all quite nerve wracking. No pressure!


There is a naked women in my tractor shed. Carved with a chainsaw from toe to head,
Immortalised forever in solid oak,
Ready for adoption by the Fairy Folk. 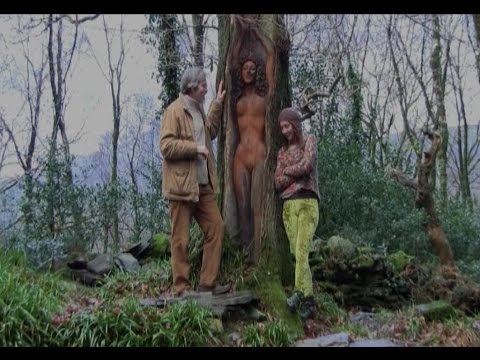 Turning a wooden bowl on a Table Saw! INCREDIBLE!

How to Make an Automatic Hacksaw at Home - YouTube

How to Make a Drill Press Machine at Home

Magical houses, made of bamboo