This Is How Oversized Loads Are Transported. Welcome back to another video from lord gizmo. Today we will show you how are the biggest oversized loads are transported.

It's phenomenal the size of some of the things that are transported.   Something people don’t think about is a lot of these hauls are mining equipment. Just tells you the scope of how big these open pit mines are. So big it can rain on one end causing it to flood on the other end.  Its weird cause even though it's about very massive stuff being transported its oddly satisfying.  Presumably the guy in the red truck and boat trailer at 11:13 was the man originally hired to move the boat but got held up in traffic The yellow crane at minute 4:40 belongs to BOLIDEN, a Swedish company. It's Spanish branch, BOLIDEN APIRSA, was doing mining works in Aznalcollar, southern Spain, and it was accumulating very toxic waste in a large swamp. At the end, and due to the lack of oversight, the swamp overflooded contaminating and leaving useless many kilometres around the swamp  9:13 Welcome aboard Mammoet airlines, on our trip today we'll be flying at an altitude of pretty much zero and a speed also of pretty much zero but your chances of arriving safely are pretty much 100% so sit back and enjoy your latte.  11:27 only snowrunner poeple will know that truck.  WOW  Do.not care what it cost.. just do it..NOT even in my dreams 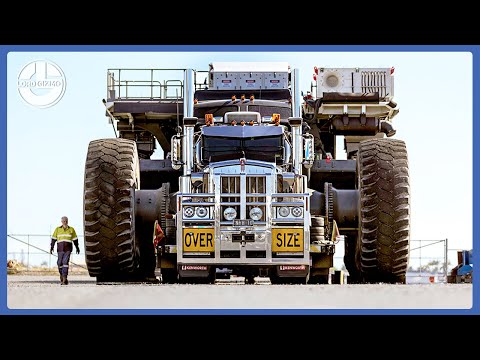 Backhoe loader b110b new holland did it go bad for the operator!!!???

Buying a cheap D7 dozer and running it

Simply designed mixer that anyone can do. Mixing sand and cement just got easier.