Hello Guys! First of all! We are not "Taking sides" with this video, we have friends to both the east and west! We were just at our local tractor pulling event, and found both a US made Ford and a Russian made Kirovets competing in the same class, so we figured it wold be cool with a little comparison video. *Edit* This video has been getting a lot more attention than we had hoped, and we truly appreciate that! That being said, there is a lot of debate in the comments, so just to clear up a few things- As many of you point out, this is not really a "Fair" comparison, and no, its not. and it was never meant to be. Both of these tractors were at a local "Tractor-pull" competition, and they don't have many rules in terms of build, the tractors are simply put in classes by their weight. and so, both of these ended up in the same class. The main difference is, the Russian Kirovets has been tuned, and is only being used for these kind of events, while the American Ford/Steiger (which is owned and driver by a family member of ours) is being used as an every-day farming tractor, and is only taken out to these events for the fun of it, and therefor hasn't been tuned or modified. Thanks for watching! 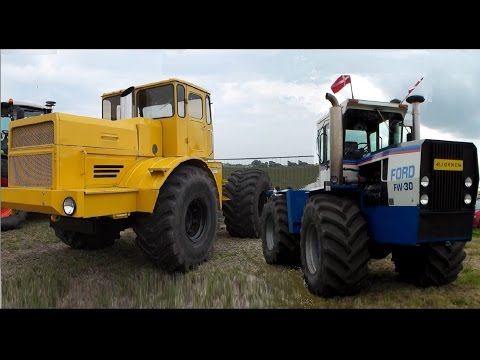 John Deere 8320 collides into a tree.