Wood carved time lapse of a whitetail buck and wildlife scene all done in basswood. Hand chisels and a dremel were used, but the majority of the carving was done with chisels. The dremel helped with the small detail work.

It was carved for my cousin who had some interesting history with the buck during bow hunting season. The buck was believed to have been bedded in a nearby swamp and would travel corridors along the lake shore to the nearby crop fields. We found him expired along the lakeside one day while we were out scouting. The buck measured around 160" which is a quality buck in the areas we hunt!

It's approximately 18"x 20" and a little less than an inch in carving depth. It had its fair share of challenges, but I really enjoyed this carving and the depth of it. 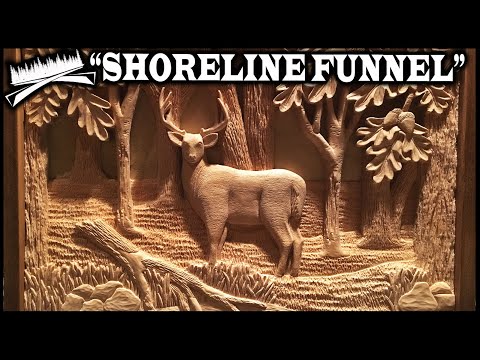 How to Make a Table Saw at Home

The 5 Minute Circle Jig Every Woodworker Should Have !

Unique idea from scraps of wood! I am very happy with the result!

How to Build Garage Shelving - Easy, Cheap and Fast!

Top 5 DIY Doweling Jigs You Can Make in Your Shop

How to Make a Cordless Drill Tool | Screwdriver | DIY .

Manufacturing plywood boards: then and now

How To Make a TV Stand From Pallets With Secret Compartment