This project was made possible, thanks to an exchange project between 3 woodworkers in Portland Oregon, U.S and 3 in Utrecht The Netherlands. The idea for all involved was to make an object with 2 species. Oregonian Myrtle wood and local harvested Maple combined. The
largest part of inspiration comes from the native tribes in Oregon,and by looking at some old symbols the tribes use(d).
The name 'continental' was inspired by the project itself, and the lines and colors in the wood used.Which i found looking like a map.
The stopper was inspired by where the maple came from, a tree on a childrens playground in Utrecht. It also resembles the merging of the 2 species for me. 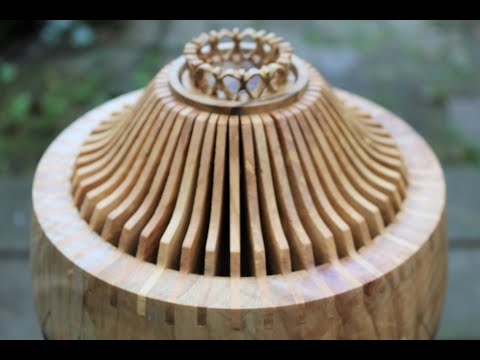 Life On The Water In A Tiny House Boat

What Chisels Do You Use? Ask Matt

Carving A Spatula From An Osage Orange Stump

How To Build a Woodworking Workbench

Wooden Pistons: will it work or not?

The Woodpecker Ep 100 - Building the shop from A to Z

Build A Woodworking Workbench for $110 USD